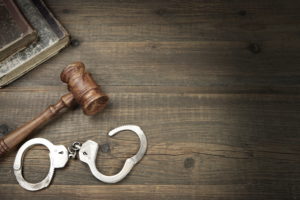 Any person in County Jail as a result of a condition of probation for an indictable offense or because of a municipal court conviction will be released no later than Tuesday, March 24, 2020 at 6:00pm.

For those serving a sentence of 364 days or less as a condition of their probation they shall have to serve the remainder of their sentence at the end of probation of seek to have the court changed the sentence to “time served.” This decision will be made at the discretion of the sentencing judge.

For those serving a county jail sentence as the result of a municipal court conviction such as shoplifting or driving on the revoked list the sentence shall be suspended until further notice.

Anyone serving a county jail sentence for any reason other than described above such as a violation of probation shall be released no later than Thursday, March 26th, 2020. At noon. The custodial portion of the sentence will be either suspended of seemed satisfied by the sentencing judge, after hearing from counsel.

If a Prosecutor objects to the release of a an inmate they must object in writing and state specifically why the inmate would pose a significant risk to the safety of the inmate or public. The Office of the Public Defender will represent all inmates against whom an application has been made.

All warrants that do not relate to a first- or second-degree crime will be suspended until ten days after the recession of the Public Health emergency Executive Order 103.

Victims of crimes will be notified of the release of the inmate.

If you have any questions about a loved one’s ability to obtain release in light of this pandemic call us at Attorneys Hartman, Chartered 856-393-6073.

Disorderly conduct consists of any improper behavior such as fighting, threats of violence, or creating a dangerous atmosphere.