Home / Blog / Suspected of Shoplifting – Can a Store Owner Legally Detain You? 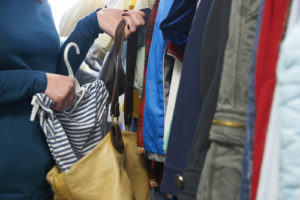 What Happens if You’re Caught Shoplifting?

If a store owner suspects someone of shoplifting, the owner may decide to detain that person until law enforcement (or if the person is a minor, his or her parent or guardian) arrives. Shop owners are often justified in detaining suspected shoplifters, especially if the shop owner has proof of the offense, like surveillance video or finding hidden merchandise on the individual.

Shoplifting is a form of larceny or theft. Larceny or theft occurs when a person takes property or something of value without the permission of the owner. In a store, for the purposes of shoplifting, the owner of the goods in the store could either be the owner of the business or the manager of the store. Shoplifting therefore occurs when a person takes an item of value from the store with the intent to permanently deprive the store of the goods. If a store owner or manager catches someone shoplifting, he or she has the right to detain that person while awaiting law enforcement or other authority.

Different states may have different terminology to describe shoplifting. Some states may charge shoplifting under general theft or larceny statutes, or may have specific criminal statutes that govern larceny or theft in a store. The age of the shoplifter may also govern what criminal charges are made and the potential penalties that can be imposed for a conviction.

In the U.S., a non-police officer citizen has the right to detain someone suspected of a crime. Most people do not try to effect a citizen’s arrest, instead merely contacting law enforcement and allowing police officers to find and detain the suspect. However, shop owners or managers do have the right to detain someone suspected of committing a crime in the store for as long as it takes for law enforcement to arrive to question or arrest the suspect.

A store owner or manager may choose to detain someone on suspicion of shoplifting if the owner or manager has collected evidence that leads him or her to believe that the person being detained has tried to steal property from the store. Store owners and managers often rely on surveillance video to support their allegation of shoplifting. Accused shoplifters who are detained in the store may try to argue that they did intend to pay for the goods on their person. But surveillance footage can demonstrate that the individual took actions consistent with an intent to take merchandise without paying for it, such as concealing goods in a bag or under clothing. A store owner or manager may detain a person for shoplifting if the local authorities have a strong policy of prosecuting shoplifting crimes. The store may detain someone the owner or manager suspects of repeated incidents of shoplifting. Detaining a person for shoplifting can also have a strong deterrent effect, as potential shoplifters may avoid stores that are effective in catching shoplifters in the act and have a policy of detaining them and turning them over to law enforcement.

Were you arrested or charged with shoplifting in New Jersey? The consequences of a conviction could be severe, leaving you with a permanent criminal record and possibly even sending you to jail. That is why you need to speak with a qualified criminal defense attorney as soon as possible about your case. The lawyers at Attorneys Hartman, Chartered have successfully represented clients charged with shoplifting in Marlton, Medford, Mount Laurel, Haddonfield, and throughout New Jersey. Call (856) 235-0220 or fill out the online contact form to schedule a consultation with a member of our legal team. We have an office conveniently located at 68 E. Main St., Moorestown, NJ 08057.