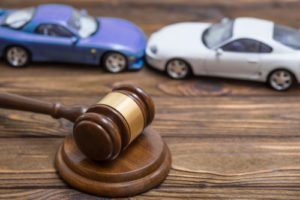 Most states do not offer the right to trial by jury for minor traffic violations such as speeding or running a red light/stop sign. Instead, if you choose to contest a traffic ticket, your case will be decided by a judge rather than a jury in a process known as a “bench trial.” If you’ve received a traffic ticket, you should familiarize yourself with what you might expect in traffic court.

Even though a traffic violation is technically considered a crime, most traffic offenses are not serious enough to be heard in normal criminal court, which handles offenses like misdemeanors (known as disorderly persons or petty disorderly persons offenses in New Jersey) or felonies (known as indictable crimes in New Jersey). Unlike most traffic tickets, which only result in fines and points on your license if upheld by the court, criminal convictions can result in jail or prison time and other consequences. Only the most serious traffic offenses, such as DUI, reckless driving, and vehicular homicide get heard in criminal court. All other traffic violations will go to traffic court.

What to Expect in a Traffic Court Trial

If you choose to contest a traffic ticket, when you arrive in the courtroom for traffic court you’ll likely notice quite a number of people in the courtroom. A day of traffic court will often hear multiple cases, as most cases are resolved in a matter of minutes after the motorist and the ticketing officer are given the opportunity to speak before the judge.

As noted, most traffic court trials are quick, so the trial will usually proceed straight to the ticketing officer’s testimony (in some circumstances, the state’s case may be argued by a prosecutor, although this is rare). The court may ask questions of the officer; when the officer is done with his or her story, the driver will have the opportunity to cross-examine the officer and ask questions. This is the opportunity for the driver to point out inconsistencies in the officer’s story or demonstrate that the officer didn’t actually see what he or she claims to have seen.

After the officer or prosecutor presents the state’s evidence, then the driver will have the opportunity to present his or her story and any evidence in his or her defense (for example, if the ticket was for running a stop sign, the driver can bring a photo showing the sign was obstructed by a tree).

Once the parties are done presenting evidence, the judge will issue a ruling right on the spot, either dismissing the ticket or finding the driver guilty and imposing the required fines and license points.

Were you arrested or charged with traffic violations in New Jersey? The consequences of a conviction could be severe, leaving you with a permanent criminal record and possibly even sending you to jail. That is why you need to speak with a qualified criminal defense attorney as soon as possible about your case. The attorneys at Attorneys Hartman, Chartered have successfully represented clients charged with traffic violations such as speeding tickets in Marlton, Medford, Mount Laurel, Haddonfield, and throughout New Jersey. Call (856) 235-0220 or fill out the online contact form to schedule a consultation with a member of our legal team. We have an office conveniently located at 68 E. Main St., Moorestown, NJ 08057.